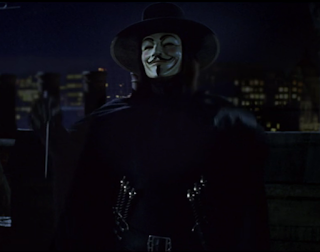 "Melodrama is traditionally defined as a dramatic storyline of villainy, victimization, and retribution, in which characters’ emotional states are hyperbolized and externalized through grandiose facial expression, vivid bodily gestures, and stirring musical accompaniment; music is the “melos” of melodrama"

"for at the heart of melodrama is the principle that by virtue of suffering, one becomes good. It grounds this notion in a condition of moral purity that existed prior to victimization and is held out like a carrot throughout the plotline, promised back to the sufferer if her/his virtue can be reestablished through an act of heroic restitution that demonstrates moral might"
Posted by Unknown at 8:37 PM No comments: 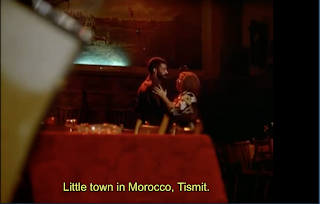 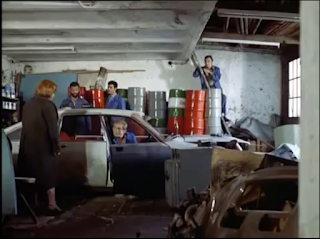 While there was clearly a switch in Emmi's behavior and "re-Germanification," was it her family and friend's non-acceptance that was the crux of the problem or Emmi's deep-rooted fear of being with Ali in general that caused her to push him away? Also, why is only his name in the title...is there a reason why he might be more of a main character than her?

Posted by Lekha Thangada at 8:55 AM No comments: 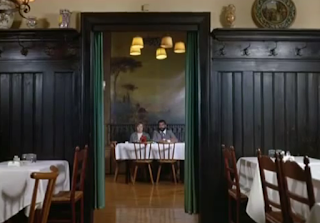 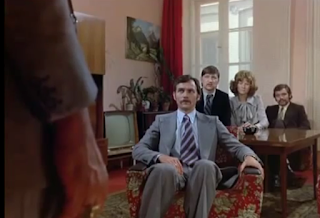 Posted by Unknown at 8:54 AM No comments:

“The Left may be dead, Joe, but the fear and hatred of the Left will never die. It’s an American passion.”—Chris Bachelder, U.S.!

What are they implying by saying that the fear and hatred of the Left is an American passion? And in what ways does this represent the melodrama of the book (in terms of language).
Posted by Lekha Thangada at 9:04 AM No comments:

Just thought I would post this quick npr interview with Bachelder on U.S.! I found it interesting to hear him speak on the book.

"In the bourgeoisie era, the family becomes the central area of personal life, a respite from productive life, from the alienated labor most workers must face."

The author begins the chapter discussing the modern failings of marriage (and that most marriages end in divorce, separation, etc.); however backtracks to discuss the domestic melodrama. Seeing that the vision of marriage has changed quite dramatically since this time, I would like to discuss the evolution of the domestic melodrama. How is it portrayed differently? (i.e. Friends with Benefits, No Strings Attached, movies with live in relationships that reject the ideals of a traditional relationship.)
Posted by Lekha Thangada at 9:26 AM No comments:

Poletta and The First Legion

"But since, "every coin has two sides, every argument has its opposite arguments," there is still plenty of room for ideological maneuver." (Poletta 142)

I would like to put this quote into the framework of the earlier discussion in the paper regarding activists and the church. I find it interesting to think that this could also be applied to religion. Oftentimes, the church in the past has found explanations of phenomena through religion while many scientists find evidence through the scientific method. Are these two things mutually exclusive?

Also, regarding the First Legion, I think it was interesting, at the time, to frame the movie through the eyes of an atheist. In this case, we were also presented with the skepticism of the miracle from INSIDE the church while the reverent belief is expressed by the disabled girl who is not a member of the order.
Posted by Lekha Thangada at 9:49 AM No comments: